Get A Quote Today

Another article in our “The Optional Coverages – are they really optional?” series.

Employment Practices Liability insurance protects an employer against claims made by employees, former employees and even potential employees. It covers discrimination (age, sex, race, disability, etc.), wrongful termination of employment, harassment and other employment–related allegations. Coverage can also be extended to cover claims of discrimination and harassment made by third parties such as customers, vendors and job-seekers . The policy provides coverage for the costs associated with defending these types of claims and any settlements or judgments that result.

An employee of a pool manufacturer complained to the owner that her supervisor was making inappropriate comments about her appearance and pressuring her to date him. Her supervisor subsequently reduced her hours and made working at the company so unpleasant for her that she resigned. She charged for sexual harassment, hostile work environment and constructive discharge.

A retail clothing store manager was misclassified as exempt as he spent more than half of his time engaged in non-exempt, non-managerial activities. He brought a claim seeking compensation for unpaid overtime for the past two years.

A hotel manager routinely stated “no vacancy” or charged a higher rate to certain guests based on their race and nationality to discourage them from staying at his hotel. A family that was charged a higher rate than initially quoted and then denied a room engaged an attorney to bring suit and is seeking others who have experienced the same treatment at this hotel.

If a Human Resource (HR) consulting firm offered you their time and expertise for FREE, would you lock their phone number and e-mail address in a drawer and never call? Of course not!

Do you have Questions such as:

In addition to employment practices liability coverage, you need FREE risk management tools to help you handle the day-to-day employment issues you face with your employees:

As a business owner, you need to protect your company from the unexpected and financially crippling costs resulting from employment-related claims and lawsuits.

Discrimination/Wrongful Termination: A female Marketing Manager took leave subject to the Family Medical Leave Act (FMLA) upon the birth of her first child.  She was terminated one month after her return to work for poor work performance and the company eliminated her position.  There was no documentation of poor performance prior to her FMLA leave.

Third Party Liability: A blind customer entered a local grocery store with his guide dog.  The manager of the meat/ deli department asked the customer to take his dog outside because he thought the dog presented a health hazard.  The customer sued for violation of the Americans with Disabilities Act.

Internet/Email Liability: An employee who intended to email a pornographic joke to only a single recipient accidentally pressed the wrong button, sending the off-color joke to the company’s entire workforce. The employer made the employee send a follow-up email apologizing to the workforce. Two months later, during a company downsizing, an employee sued for a hostile work environment and used the email as evidence.

Retaliation: An African American employee of a barge repair and painting firm complained to management that some of his coworkers were using racial slurs and jokes.  His supervisor transferred him to an inside warehouse position at a reduced hourly rate stating that it would be better for him to work alone rather than be exposed to those workers. The employee later sued for discrimination and retaliation for reporting the discrimination.

Please consider EPL insurance for liability coverage, as and HR resource and for an experienced defense team at your disposal.

Been thru thick and thin are we are both still here!! Great people. You can get insurance anywhere but its the people that make it happen. Thanks Again, John McNulty”

“I feel a valued customer, I never feel rushed, everything is explained thoroughly and the service is so prompt and courteous, Donna is wonderful and always happy to explain things to me over and over again. Thank you Tonry's for the attention to detail and fantastic service.”

We have known Lou for many years. His company always treated me and my family with respect. Tonry Insurance consistently tries to find savings on all my insurance needs. Now that my sons are married and homeowners, they also are insured with Tonry. We wouldn't think of going elsewhere.

Customer since prior to 2000

“I believe that I've been with you for over forty, but more likely 50 years and have not had any problems with the coverage you recommended. It always seems that you have represented me and not the insurance company.”

“Kris Bibbo has worked with us for years, along with Con Duggan. Knowledgeable, professional, reliable, and most importantly of all, welcoming and great to work with!”

“I've been with Tonry for many many years & their customer service cannot be beaten! I appreciate all the representatives that I have dealt with Thank you! Linda G”

“I have been with Tonry and appreciate all the hard work that Kris continues to do, she is very on top of everything and provides the right feedback and assistance that’s asked when it’s called upon.”

Amy Nelson and Kris Bibbo have been great to me over the years. They always send kind emails and make sure all policies are in place with the right coverage for all my needs. Even if I disagree with an audit resulting in additional fees they make me feel comfortable that they will look into it and help understand the situation rather than dismissing me and not caring. That's very important and why all my insurance policies are with you.”

“Our agent, Cecilia, does a great job of giving us the best options to choose between. There is never any pressure. She alerts us to any possible discounts that we can use to keep our premiums down. She saves us loads of time by doing all of the legwork. She has been both professional and friendly to deal with. She knows the products inside and out.”
- Customer since 2002

“Everyone has been so helpful with my questions or problems. I appreciate the personal attention I receive whenever I call the office. Thank you for your outstanding service..”

“One simple reason...your staff. Kris has been helping me close to 20 years. I have ZERO difficulties with any insurance I have because she takes care of EVERYTHING. She is prompt, courteous, efficient, knowledgeable and is so very pleasant and happy. Con has been helping me almost 20 years, too. He deals with my professional insurance. He notifies me if there is a problem. He gives me a solution. He saves me money when different policies are available. He takes care of any problems in a very timely fashion. Your staff is great. Keep them.”

“Cheryl DiGravio is the most responsive, diligent, trusting person I have ever partnered with - hands down!!!!”

“Donna my representative has been awesome over the years guiding me through all ins and outs keeping up to date on everything.”

“Keeping us informed and up to date is important. Having a seasoned professional staff we communicate with on a first name basis and getting spontaneous response helps to confirm our confidence.”
- Customer since 2002

“Kris is always there for us. She goes above and beyond to help and to shop around to make sure we have the best coverage.”
- Customer since 2012

“Amy Nelson is always very helpful with my General Liability insurance needs or any other insurance questions.”

“Cheryl has provided great service since I switched my policies to your agency. I am 100 percent satisfied!”

“Extremely responsive. Replying to email questions within hours, not days. Always willing to get on a call. Insurance issues are explained simply and clearly. Will definitely stick with Tonry insurance for my homeowners insurance needs.”

Kris Bibbo, our rep from Tonry in Lexington is an amazing source of information and connections. She made the purchase and registration of an out-of-state vehicle a very easy process. The way she managed things made us 100% sure that switching over to this office was the right thing to do. I'd recommend her to anybody and everybody.

The Massachusetts Commissioner of Insurance has approved a Stipulation for the general revision of workers’ compensation rates, effective 12:01 A.M., July 1, 2022, applicable to new and renewal policies. Lou Tonry summarizes the changes for you in this article.

END_OF_DOCUMENT_TOKEN_TO_BE_REPLACED

The Optional Coverages - Are they really optional?

When insurance coverage is required by specifications and you intend to win that job, your decision to buy the insurance is easy. The hard part is finding the right coverage at the best price. But, what about the optional coverages? I’m not talking about coverage for buildings, equipment, and property. I’m talking about protecting your reputation, your family, your livelihood, and the livelihood of your business partners and employees – the most important assets of all!

END_OF_DOCUMENT_TOKEN_TO_BE_REPLACED

We are often asked questions as to why a surety needs personal information when qualifying a company for a bond. This all has to do with the principle of indemnity. The surety bond product itself would cease to exist without this principle. In this post, we will try and address the most frequently asked questions in regards to personal guaranty and indemnity agreements.

END_OF_DOCUMENT_TOKEN_TO_BE_REPLACED 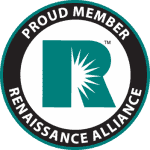